In May 2010 Ridley Scotts Robin Hood film was released. It was claimed it would be the most historically accurate version of the legend ever.

Click on the image below to see the interview 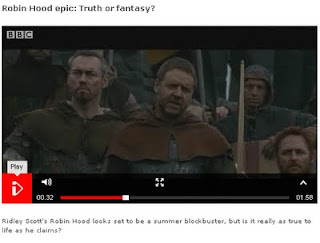