Nottingham Castle dominated the town of Nottingham and Sherwood Forest throughout the medieval period.

The orignal castle was built by William Peveril on the orders of William the Conqueror in 1067.

The castle guarded the point where the King's Road to York crossed the River Trent.

The River Trent marked the boundary between the north and south of England.

The original castle was a Motte and Bailey built of earth and timber.

It was Henry II who also started work on the Royal hunting palace at Clipstone. 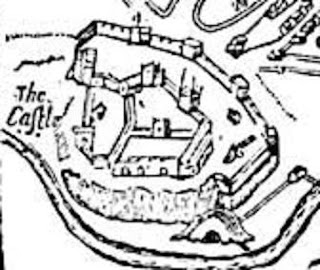 The original builder of the castle William Peveril also founded Lenton Priory which would go on to be the richest in Nottinghamshire and Sherwood Forest.

The castle dominated the skyline of the medieval town- built on a high, vertical-sided outcrop of sandstone.


This near impregnable fortress would form the basis for control of the region and was considered the gateway to the north.

More about Nottingham Castle, its history, some famous incidents in its lifetime and its many keepers, wardens and sheriffs soon...
Posted by Andy Gaunt at 20:21

Email ThisBlogThis!Share to TwitterShare to FacebookShare to Pinterest
Labels: landscape of the forest, Sherwood Forest