As well as offering the best in archaeological training and support, the 2017 Field School is tailored towards enabling attendees to fulfil the requirements of the

This course is suitable for all levels from beginner to experienced digger.

For those wishing to develop their skills, for students and post-graduates seeking to fulfill the experience requirements of their courses… for those wishing to pursue a career in archaeology, or improve their knowledge to give them the edge at work… for those looking to acquire cross-transferable skills… for volunteer diggers wishing to raise their game, impress their friends, and increase their enjoyment of archaeology and heritage through a greater skill set and knowledge base…. through to people simply wishing to learn for the love of learning…

Everyone is welcome… no previous knowledge or experience is required…

You will receive training and experience in many techniques of excavation,

including The Core Skills of the Archaeological Skills Passport:

Plus many higher level archaeological techniques that make up the Secondary Skills of the Archaeology Skills Passport including:

As well as covering skill requirements for the Passport we also provide:

As well as the above all school attendees will receive the following:

All techniques are taught and experienced throughout the week, with hands on training from our Archaeological experts. Every attendee will learn to excavate, draw sections and plans, and fill in context sheets and paperwork.

Delegates will undertake workshops in surveying including:

Hands on learning and training is supplemented with seminars covering many of the subjects listed above -providing the theory behind the practice.

All attendees will receive a welcome pack with room for all handouts from lectures.

This course is suitable for people of all archaeological abilities from beginner wishing to take their first step, to experienced diggers wishing to take the next step, and from university students and post-graduates needing more experience, to retired people wanting to fulfill a life’s ambition… all are welcome and will be treated equally… the experience is tailored to the individual through hands on personal supervision.

Field Days include lunch provided by our field caterers which will be eaten in our welfare area in the field.

A tuck shop is also available for snacks and drinks to be bought throughout the day.
Onsite toilet facilities are provided along with welfare tents.

All equipment is provided, although you are welcome to bring you own trowels etc (more details when you have booked).

As well as all the above you will learn about the history and archaeology of Sherwood Forest, and also about the designed royal hunting landscape and Palace at its heart.

The Sherwood Forest Archaeology Training Fieldschool focuses on the al hunting lodge and palatial enclosure of the King’s Houses, now known as King John’s Palace, and the designed landscape that surrounded it.

King John’s Palace was the Royal Heart of Sherwood Forest in the Medieval period.

Recent Archaeological work by Mercian Archaeological Services CIC has helped to reveal the size and importance of the site, and has also interpreted the surrounding lordship as a ‘designed’ medieval romantic hunting landscape.

The palace was sat at the heart of medieval Sherwood Forest and provided amenities for hunting, royal retreat, and the entertaining of foreign royalty and important members of society.

As part of the field school attendees will have the opportunity to learn all about Sherwood Forest, Robin Hood, outlaws, foresters, the landscape of Sherwood Forest in medieval times, the forest law, courts, offences and judiciary, the Palace at Clipstone, monasteries, chapels and hermitages, hunting parks, Nottingham Castle , Sheriffs and much much more about life in Medieval Sherwood Forest…


All included as part of the field school

Visit http://mercian-as.co.uk/fieldschool.html for info and to book your place. 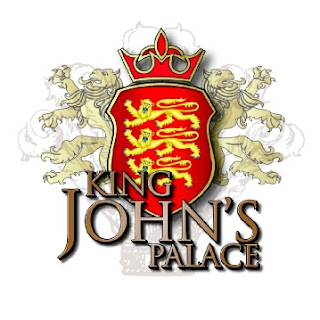 Visit http://mercian-as.co.uk/fieldschool.html for info and to book your place.

Mercian Archaeological Services CIC as part of the Sherwood Forest Archaeology and History Project has been undertaking fieldwork projects in October 2017 in the designed medieval landscape of Clipstone in Sherwood Forest.

Some amazing results have emerged that really increase our understanding of these fantastic important sites in Sherwood Forest...

Come and join us and help tell the story of our world famous Forest...

Survey the site of the legendary St Edwin’s Chapel… Resting place of a saint, or romantic medieval parkland chapel?

King Edwin, the first Christian King of Northumbria was killed in the year 633AD at the Battle of Hatfield somewhere in the area that later became Sherwood Forest, Nottinghamshire.

Members of the community helped to investigate if this site commemorates the place where Edwin's body lay after his death, or if is a medieval chapel founded as part of the designed Arthurian parkland hunting landscape of the medieval palace of Clipstone, founded by King John.

The research is designed to answer whether this is a Saint’s resting place or is part of a later cult of Edwin, set in a designed landscape.

Clipstone Peel was a fortified timber stronghold built on the orders of King Edward II in 1316. It consisted of a gatehouse, hall, royal chamber, chapel, bakehouse, kitchen, grange and sheds, for cattle, oxen and sheep (Crook 1976).

The site  provided a fortified stronghold for Edward II while he stayed at Clipstone, and helped ensure the royal entourage had sufficient provisions. It offered a secure location during a time of strife following the loss of Scotland at the Battle of Bannockburn, and during Edward’s troubles with the Earl of Lancaster.